When dealers are making record profits and selling all the used vehicles they can acquire fairly quickly, it can be difficult to convince them that their current decision-making could be better or improved.

Such is the case with used vehicles the ProfitTime system identifies 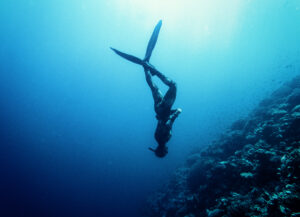 as Bronze vehicles. The vehicles earn the Bronze designation because they share three characteristics—high Cost to Market, high Market Days Supply and low retail sales volume. Such characteristics indicate Bronze vehicles will produce the least return on investment or net profit potential for dealers when they retail compared to other inventory, which ProfitTime designates as Silver, Gold or Platinum.

Bronze vehicles aren’t bad cars. Rather, they represent a fact of life for dealers that’s typical for almost any retail business. Most retailers sell a mix of merchandise that represent a range of profit potential and investment returns, just like their competitors. It’s the rare retailer who is fortunate to only sell products that customers want to buy, that are hard to find and that are almost always guaranteed to deliver a healthy profit or investment return.

In theory, most dealers at least intuitively understand that when they acquire a Bronze vehicle the best course of action would be to price the vehicle to move quickly. If a Bronze vehicle represents a retail loss or a less-than-desired profit, they realize that more time in inventory typically won’t improve the vehicle’s financial outcome. That’s why I’ve long advocated that dealers retail out of their Bronze vehicles in 30 days or less, to get what they can for the car and minimize the risk that their troubled investment will get worse.

But in practice, and thanks to market conditions where used vehicle values have been appreciating over time, dealers have been doing exactly the opposite with Bronze vehicles. When a Bronze vehicle enters inventory, and the ProfitTime system recommends a retail price range to move the vehicle quickly, most dealers (80 percent) price the vehicles at least $1,000 or higher than the recommendation.

When I ask dealers why they are effectively putting lipstick on their Bronze vehicles, the response is almost universal: “If we price the vehicle to sell right away, we won’t make the money we want, and we might even take a loss. We’d rather take a chance on the vehicle and see what happens.”

This mindset is completely understandable. Most used vehicle managers are paid from the gross profit the used vehicle department generates. It’s not in their best interest to price cars at less-than-desired profit outcomes, even if that’s what a Bronze vehicle’s investment value suggests they should do.

Some dealers also point to Bronze vehicles that actually sold at the higher price point, and left their inventories in less than 30 days. “See?,” they’ll say. “We took a shot on the car and it worked!”

When dealers shared such success stories, I haven’t had much to offer as a come-back. Intuitively, I believed the instances of dealers selling Bronze vehicles for all the money they asked was the equivalent of a blind squirrel finding a nut—it happens, but not often enough.

Over the holidays, I asked vAuto data scientists to take a closer look at whether dealers who went their own way with Bronze vehicles, and priced them with what I have come to call an “explore and exploit” strategy, are really finding the degree of success they believe and share with me. Here’s what the data scientists found:

My take-away is that while many dealers are pricing Bronze vehicles as if they were higher-value investments, they could achieve better overall returns if they priced a larger share of their Bronze vehicles to sell more quickly. From my analysis, the decision to give Bronze vehicles “a shot” at higher asking prices only seems to work about half the time, at best.

I recognize that the current market doesn’t penalize dealers for taking shots with Bronze vehicles, even if they take longer than they should to retail. But I would also submit that if a dealer or used vehicle manager hasn’t been happy with the sales volume or F&I profits they achieved in the past year, they can likely find the fix in the way they’ve been pricing their Bronze vehicles.

In addition, it should be noted the appreciating market that currently forgives dealers for over-pricing Bronze vehicles won’t last. And, when the market changes, dealers who continue the practice of taking shots with Bronze vehicles run the risk of being caught long and wrong.