In the past few weeks, I’ve come to understand what I’d call a “new car masquerade” in used vehicle departments across the country.

Perhaps the circumstances are familiar at your store: The new 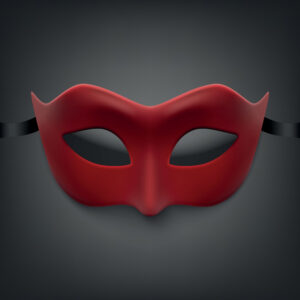 car department remains under-stocked on inventory, and you’ve got some would-be new car customers who can’t get the new car they want because you don’t have it in stock. As a result, your used vehicle department is actively stocking one- or two-year-old vehicles that can help you make deals with customers who came in wanting a new car.

This new car masquerade in the used vehicle department isn’t necessarily bad. In fact, it’s a smart move to ensure you’re doing everything you can to satisfy every customer who comes to your dealership.

But here’s what’s problematic: Dealers and used vehicle managers often aren’t aware of how the new car masquerade can hurt their used vehicle department, especially when you over-rely on auctions to acquire the near-new inventory.

We all agreed the Cost to Market difference between the two stores was substantial. The observation led to a discussion about how/why each store was acquiring its inventory. We used the Global Acquisition system in ProfitTime GPS to understand the roots of the disparity. The analysis yielded three key insights:

Insight 1: The dealership with the higher Cost to Market percentage acquired a far-larger share of inventory from auctions compared to the other store. When we compared at the number of auction-purchased vehicles at the two stores, we found the store with the higher Cost to Market percentage purchase nearly 13 times the number of auction vehicles, with 2021 as the median model year. We also noted that the auction-purchased inventory took longer to sell compared to the sister store—a difference that reflected higher retail price mark-ups to compensate for the higher costs required to own the auction-purchased vehicles.

Insight 2: While the dealership with the higher Cost to Market percentage had a higher share of 2020 and 2021 vehicles in its inventory than the sister store, it had fewer three-to-five-year old vehicles. The reason: The dealership’s reliance on auction vehicles to source near-new inventory appeared to come at the expense of sourcing older-model units the sister store was more proactively, and successfully, acquiring from the service drive, sight-unseen and other sourcing channels. (Note: Both stores appeared to do a comparably decent job of acquiring the same volume of trade-ins, where the median model year was 2016 at both rooftops.)

Insight 3: Both stores have a performance improvement opportunity. The store with the higher appetite for near-new inventory, and the higher overall Cost to Market percentage, would be wise to offset its reliance on auctions by tapping other sourcing channels to acquire inventory at more favorable investment values. The shift would address the relative dearth of three-to-five-year-old units that likely represent a sales volume opportunity, and help reduce the store’s higher overall Cost to Market percentage.

Meanwhile, the store with lower overall Cost to Market percentage could use the strength of its current multi-channel acquisition efforts, which enables them to acquire slightly older-age vehicles at more favorable investment values, to step up their efforts to purchase a larger share of near-new inventory, even from auctions. The shift might raise the store’s overall Cost to Market average, but it would be a strategically measured trade-off to help them serve customers who can’t (or won’t) currently purchase their new vehicle of choice.

I’m sharing this rundown because I believe it has relevance and utility for dealers in a market where new vehicle supplies will remain short for some time, and near-new used vehicles will be the easiest and most-expensive to acquire at auctions. The big take-away: It’s OK for your used vehicle department to masquerade as a new vehicle department, provided you dance with as many sourcing channels/partners as possible to ensure your overall inventory selection, profitability and sales volume doesn’t suffer.

The post Beware the Pitfalls of a “New Car Masquerade” in Used Vehicles appeared first on Dale Pollak.