If you’ve been busy buying used vehicles to stock up your inventory, you may want to temper your acquisition efforts. This suggestion comes as Cox Automotive economists have found a curious wrinkle in current data for retail and wholesale prices of used vehicles.

Everyone’s aware that wholesale values have been on the rise 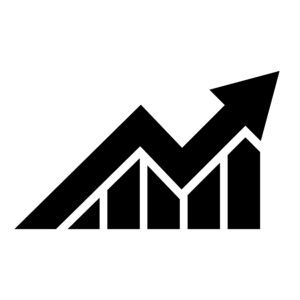 since late August/early September. The appreciation of wholesale values has been steady not steep. But, in the past week, we saw a spike. On a week-over-week basis, wholesale values increased 1.5 percent.

Meanwhile, on the retail side, we’ve also seen prices appreciate. The rate of retail price appreciation hasn’t been significant. In the past few weeks, retail prices have increased two-tenths to three-tenths of 1 percent on a week over week basis. Last week, retail prices barely moved at all, increasing a meager one-tenth of 1 percent.

But here’s the curious wrinkle: When wholesale and retail prices move in the same direction, the rate of increase or decrease tends to be similar. We saw this parity earlier in 2021. When wholesale prices went up about 1 percent a week, we saw a similar lift in retail prices. Today, wholesale values are rising at a significantly faster rate than retail prices, even when you account for differences in specific vehicle segments.

To answer the first question, it’s important to consider supply/demand fundamentals. On the supply side, you might expect a rise in wholesale values if dealers were short on inventory and they needed used cars to sell. Yet, if you look at dealer inventories across the country, there’s an average of a 40-day supply of used vehicles on the ground. Indeed, the supply of wholesale vehicles is lean, but the lanes aren’t empty.

In sum, the current rise in wholesale values isn’t driven by typical market fundamentals. Rather, it’s being driven by a desire among dealers and used vehicle managers to stock up their inventories, particularly because they are worried that, in the absence of sufficient new vehicle inventory, they need cars to sell.

I’ve discerned the desire to acquire more cars in recent conversations with dealers. A Northeast dealer shared that he’s “hitting the buy button as often as he can.” Why? Because he believes that there will be an opportunity to buy cars today and retail them at higher prices tomorrow—just like he did earlier in the year.

From what the Cox Automotive economists tell me, and from the rising days supply I see on dealer lots, the dealer’s gamble seems driven by false confidence and fear rather than an objective view of current market conditions. The false confidence comes from believing the current market is stronger than it really is, and the fear is that the dealer will lose retail customers to someone else if he doesn’t have more cars on the ground to sell.

My concern for the dealer, and others who are making a similarly strong push to acquire inventory, is that the indicators suggest there aren’t as many retail customers in the pipeline as there has been for much of the year. The current softening in retail demand is no doubt seasonal and, to some degree, it’s probably economic, too. In August, the average listing price for used vehicles set a record, climbing above $25,800, according to Cox Automotive data.

Such circumstances bring us to the second question: What does the disparity between current retail and wholesale prices mean for dealers? I believe the answer is that while dealers may feel bullish about the current market as they stock their inventories beyond their rolling 30-day total retail sales, there’s a risk they’ll soon be carrying more cars than their customer counts warrant.

The post A Curious, Cautionary Moment in the Used Vehicle Market appeared first on Dale Pollak.