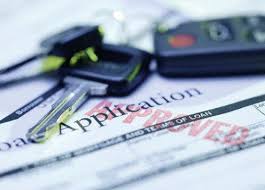 New York Times editorial that addresses the rise of vehicle financing for credit-challenged buyers and how some deals make their financial situations worse. The piece calls for greater regulation of the market and rules that would prohibit dealers from “gaining additional profit by manipulating interest rates.”

Here, however, I’d like to side-step the debate over greater regulation of dealer F&I practices—except to say that Wall Street’s new-found interest in vehicle loan portfolios, particularly in sub-prime, suggests more, not less, scrutiny in the future.

Instead, I’d like to focus on an aspect of the editorial that has generated little, if any, industry discussion—what consumers think about vehicle financing and other F&I practices at dealerships. Consider the following reader comments on the editorial:

From Joshua Bauman, Brooklyn, NY: “Car dealers are dependent on these types of loans to generate the kinds of profits they need to stay in business. Selling the used cars at large markups to people with bad credit makes up for all the new cars sold and leased at little or no profit. While most dealers are able to make 1500 to 2500 a unit on new cars, most of that money comes from the “back end” or F&I (finance and insurance) department….The solution is not so simple, but the sub-prime auto loans should be a thing of the past. Additionally, the ability for car buyers to make deals close to or even below dealer invoice on new cars needs to end as well, if we want to expect auto dealerships to stay in business while running a clean finance department.”

From David R (Location Undefined): “Lots of us (probably most of us) do research on what car to buy; how reliable it is, what kind of fuel economy it gets, etc. Yet few of us do that kind of research regarding the dealership, but fortunately, that task has gotten considerably easier. It is now pretty easy to go online and see what kinds of complaints any particular dealership has received. Angieslist.com and yelp.com are but two websites that have frank descriptions of consumer transactions…Considering that virtually all cars made now are tremendously safer and more reliable than cars of the past, picking the right dealer is more important than picking the right car.”

From Allison, Irvington, NY: “The internet has removed dealers’ monopoly on price information, but there is far less transparency on credit pricing. Therefore, they make more of a profit on the loan kickbacks than sale of the vehicles…If at all possible, get pre-qualified for a loan at an acceptable rate before setting foot in a dealership.”

From Jon Greene, NYC: “It is interesting to consider that we may be looking at the beginning of the collapse of the car dealership as a business model. If regulators are successful in clamping down on the banking side of dealerships’ profits, it just may be the end. Long regarded as one of the shadiest players in any local economy, car dealers have always found clever ways to squeeze enough from customers’ pockets to keep their own heads above water. But transparency in pricing has pinned them against a wall. That genie is out of the bottle and cannot be put back; so margins on sales are not enough to keep the doors open. Without the financing side, what’s next? We should ask what utility these dealerships provide…”

These reader comments caught my attention for two reasons:

First, the comments indicate a high level of awareness about the ins/outs of dealership F&I practices and profitability. This level of awareness will be particularly troubling for dealers who have come to over-rely on F&I income while paying less attention to profit-draining inefficiencies in other departments.

Second, dealers have an opportunity to turn the high level of consumer F&I awareness and dissatisfaction to an advantage. Just as today’s consumers respond favorably to more transparent pricing, they’re likely to have the same positive reaction when they feel comfy and confident with what your F&I managers tell and sell them behind closed doors.

I suspect we’ll see the regulatory debate heat up in the coming months, and it’ll likely boil down to what constitutes a “fair profit” for dealers and what steps they must take to earn it properly.

In this environment, dealers and industry leaders should be focused on defining what a “clean” and customer-friendly F&I department looks like before someone else does.